Titan Cementara Kosjerić, operating according to the CSR principles and in collaboration with the “Maksim Marković” Folk Ensemble, organized a volunteer action to paint the fence and interior of the local Inn, the oldest surviving structure in Kosjerić. This campaign took place on Saturday, September 10, 2016 and was a continuation of renovations conducted on the exterior and interior of this historic building built during the Turkish era, the renovations of which were financed by TCK. The campaign was supported by over 50 participants from TCK and the “Maksim Marković” Folk Ensemble that will in future have better conditions in which to rehearse; in an ambiance of this historical site, that is now beautiful and safe. 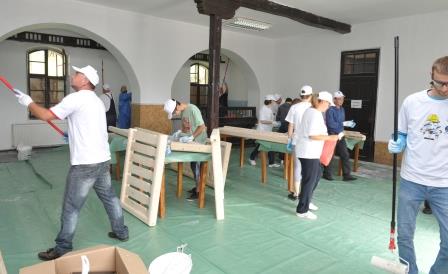 The volunteers were not able to complete all of the works themselves so prior to their arrival, the following was completed: selected rooms were smooth coated, any unsafe areas of the flooring was replaced in the hall and terrace, hardwood flooring in the rehearsal hall was sanded and varnished, damaged areas of the terrace fence were replaced and the front of the Inn received a new facade. In addition to the main objective of this campaign, it also served to bring in other actors from within the local community, who participated by volunteering and by donating necessary construction materials. 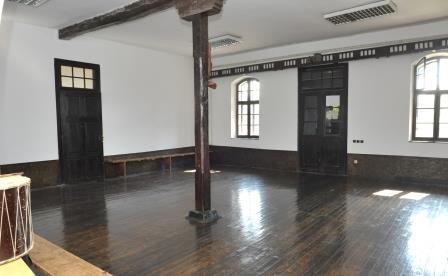 Volunteering is a time when we demonstrate what it is that we can achieve together for the greater good, a time when we join forces and participate in the development of the community in which we live and work. This campaign, i.e. the reparation of the Inn demonstrates that through joint effort and collaboration, we can do so much more – for the individual and for our community. We would like to thank all of the colleagues who participated in this project and invite them to join us on our next project of this kind.

< back to all news

“Science Picnic” – Science festival in the green oasis of Belgrade

TITAN Cementara Kosjerić responded to the invitation of the elementary

We Nurture the Olympic Spirit of the “General Svetomir Đukić” Memorial

The memorial athletic race “General Svetomir Đukić” organized in the