We take part in the team for common good

“TCK Sports Days”, as a model of cooperation between TCK employees and citizens from other enterprises, institutions, and organisations from the municipality, illustrates the shaping of communication between Titan Cementara Kosjerić and local community based on the company’s core values.

This year’s sports and recreational events on the occasion of the Plant Anniversary began with a walking action organised by the PED “Subjel” a trusted partner of TCK in joint popularisation of healthy lifestyles. About 40 nature lovers from different generations took part in the 10 km long circular route, which went from Olympic fountain, over Suvo Vrelo and Grbića Glavica, to the town bridge at Skrapež and provided immeasurable pleasure of movement in the undulating terrain of our landscape.

The next five days were dedicated to sports events. More than 135 contestants, divided into 15 teams of men and women, weighed the strength of 6 collective and individual disciplines: football, volleyball, darts, chess, table tennis, and archery. This festival of mental and physical dexterity and stamina was marked by the joy of playing and burning desire to succeed. In a cheerleading atmosphere, with every action and result encouraged, participants and audience were uniquely connected in their devotion to fair play. The best athletes and teams, referees and organisers, were awarded with honours and symbolic gifts. The greatest merit, however, was the unity in the implementation of fair and decent competition, where each individual, according to the measure of his or her ability, contributed to the team effort to express maximum skill and endurance. 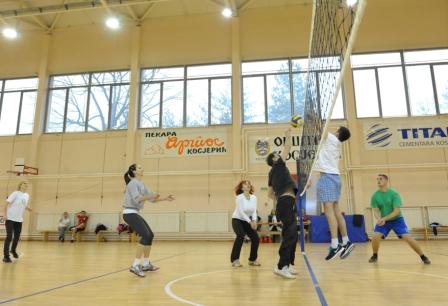 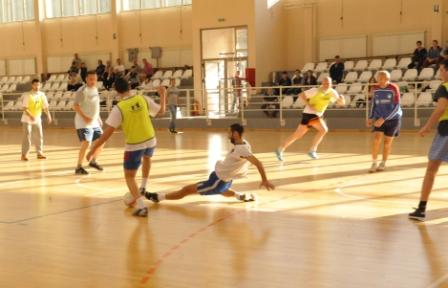 This achieved the goal of “TCK Sports Days”, whose purpose is to stimulate all the structures of citizens and through their active involvement promote the importance of healthy living, physical exercise, socialising, and team efforts. Respect and tolerance, combined with a competitive spirit, is an expression of the advanced functioning of interpersonal relationships, both in the business of the collective, as well as intricate relations at the local community level. In addition to the positive impact on physical and mental health, sports build friendships and seriously teach us of quality cooperation with others. Such energy is transferred to their environment by Titan’s traditional sporting event, giving the example of stimulating and multiple social actions.

With constant informing we strengthen the communication with the citizens

As part of “TCK Sports Days” this year an exhibition of photographs, newspaper articles, and other published materials related to the work of the plant since its establishment was opened for the first time. At the same time, the attention of interested visitors was attracted by Titan booth set up on the main street in front of the Info Centre TCK, where citizens, besides promotional material, could have obtained useful and reliable information about the activities of the company.
Loyalty to cooperation and advanced ideas.

Loyalty to cooperation and advanced ideas

As in previous years, we marked Plant Day with celebration, organised for our employees and guests from the local government, institutions, and organisations. This festive event provides an opportunity for socialising and communicative bonding within the collective and collaborative setting, with whom we want to share information about our past achievements and guidelines for future plans.

The Plant Anniversary was also the official reason for gratitude and awarding the jubilees for their dedication and loyalty to the company. This year we are particularly proud of the recognition received from the Titan Group for the best initiative, i.e. advances in the field of Health and Safety at work. We are pleased to recognise our achievements outside the TCK and its immediate surroundings, and the award is recognition that we are on the right track for improvements in the business systems of the company.

Within the previously established programme of rewarding, and at this year’s celebration, we announced the best employees’ suggestions for improving Health and Safety in working conditions.

Awarding policy of the TCK affirms the importance of employee involvement and continuous effort through constructive ideas and proposals, from which our work environment becomes safer and healthier for both the employees and the community in which we operate.

< back to all news